The series of festival performances on Friday will present various attempts to reimagine the roles of the performer and the audience in the field of live electronic music.

In the performance Figure-ground Yannick Hofmann subjects his own image to an algorithmic processing in real time with the help of a computer vision system. He then uses the results of the analyses to automate the modulation of field recordings. In this way, he creates a feedback loop between perception and creation (sound and image). A possible presence (and a productive one) is also the effect of pareidolia, a misrecognition of a stimulus as an object, a tendency that is present in both natural and artificial perception systems.

With robotcowboy, both a project lasting several years and a performance of the same name, Dan Wilcox has expanded his performing body with wearable, custom-made sensors and programmed interfaces. These enable him an adaptable control over a multitude of simultaneous audio commands.

The complex cross-connections of electronic musical instruments with the machines and technologies for controlling light and video keeps the members of the PRSA Ensemble in a constant process of reconfiguring signal paths and settings – in an unstable state of balancing and repositioning of the collective AV image, which is derived from their audio-mechanistic interaction.

Slovenian chemical engineer, DJ, sound artist, producer and co-founder of Synaptic Crew Aleš Hieng aka Zergon works both in the sphere of club music as well as sonic explorations, audiovisual experimentations and the vast field of DIY electronics. Joining us last minute instead of Jean-Baptiste Arthus, he will present his recent live act on his modular synths. 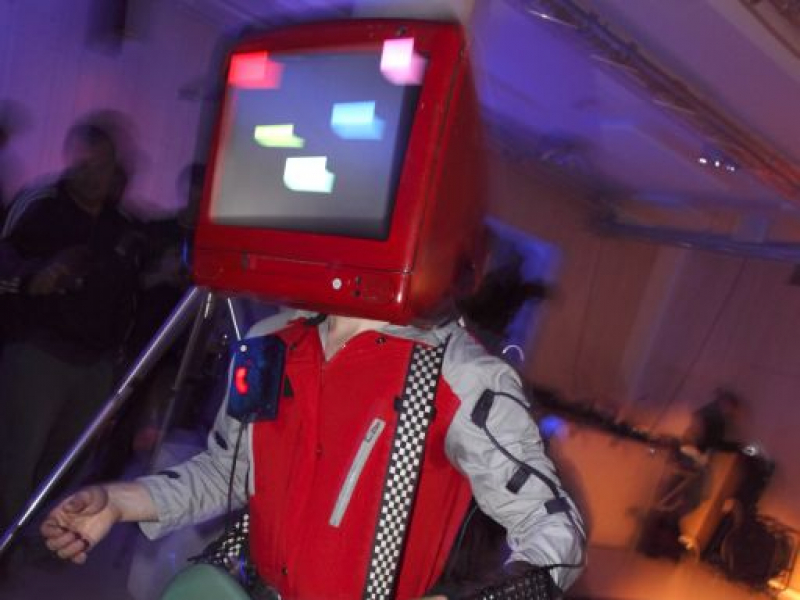