In this site-specific installation, several large socket wrenches (also known as ratchets) affixed to the gallery wall are driven by an assembly of motors that kinetically rotate them into different formal configurations. Evoking the ambient sounds of a swarm of metronomes or ticking clocks, the socket wrench is an audio-visual symbol linking mechanical labour with the passage of time. During this piece, several different algorithmic techniques are used to choreograph the socket wrenches’ collective behaviour, the result being a cooperative and sometimes crude synchronisation of movement and sound that is constructed in real-time. By listening in on this tournage méchanique, this sculpture attempts to reconstruct the language of work in the 21st century in order to dialogue with the trends in computational automatisation found in emerging AI technologies. The title, in praise of idleness, is taken from an essay by Bertrand Russel in which he calls into question our cultural obsession with work as inherently virtuous.

The project is supported by the Ministry of Culture, Municipality of Ljubljana – Department for Culture and Ministry of Public Administration. The project is part of the EASTN-DC Network, which is co-funded by the Creative Europe programme of the European Union. 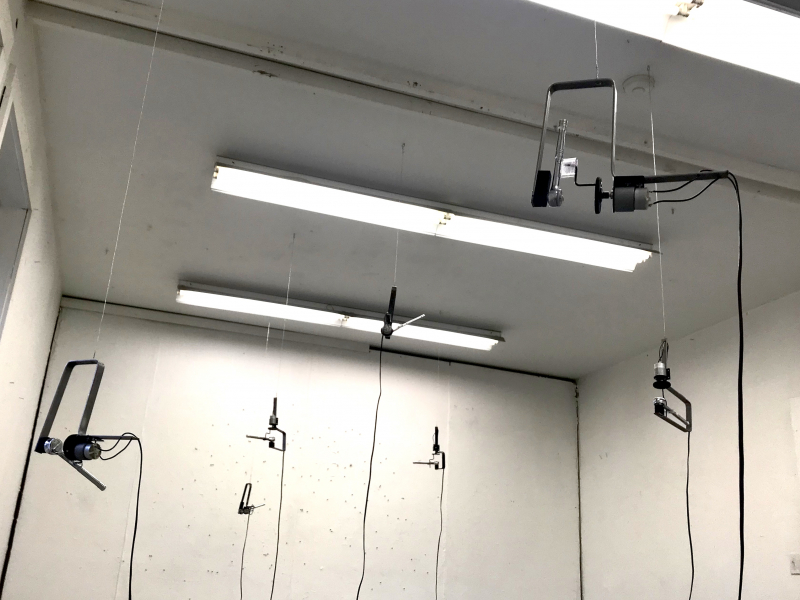